Greetings again from the seaQuest MPS Blog.  This week is focused on the M of MPS, exploring merchandising through the Canadian release of the seaQuest action figures.

In the United States, Playmates released a total of nine seaQuest action figures based on the show's first season.  Bridger, Ford, Lucas, Hitchcock, Crocker, O'Neill, and the Regulator were the initial release on the first wave, with Darwin and Dr. Z appearing in the cases a little later on.  Another time on the seaQuest MPS blog I will run photos of the US versions, which can be commonly found online, through ebay, etc.  The seaQuest figures share much with the then running Playmates Star Trek action figure line, from the general design and layout of the card and bubble, to their size and level of detail.  They are decently designed action figures with likenesses that are on par with the mass-produced action figures of the time.  Of the nine released in the US, seven appear to have made it to other territories, i.e., Canada and Europe.  As far as I have been able to determine, Darwin and Dr. Z were never released on Canadian or European cards.  The rest are out there, but as the markets in Canada and Europe were smaller, fewer were produced for those territories.

My collection of Canadian seaQuest action figures.  The only one I am currently missing is Lucas Wolenczak, but I was able to confirm the existence of a Canadian Lucas through searching online photos. 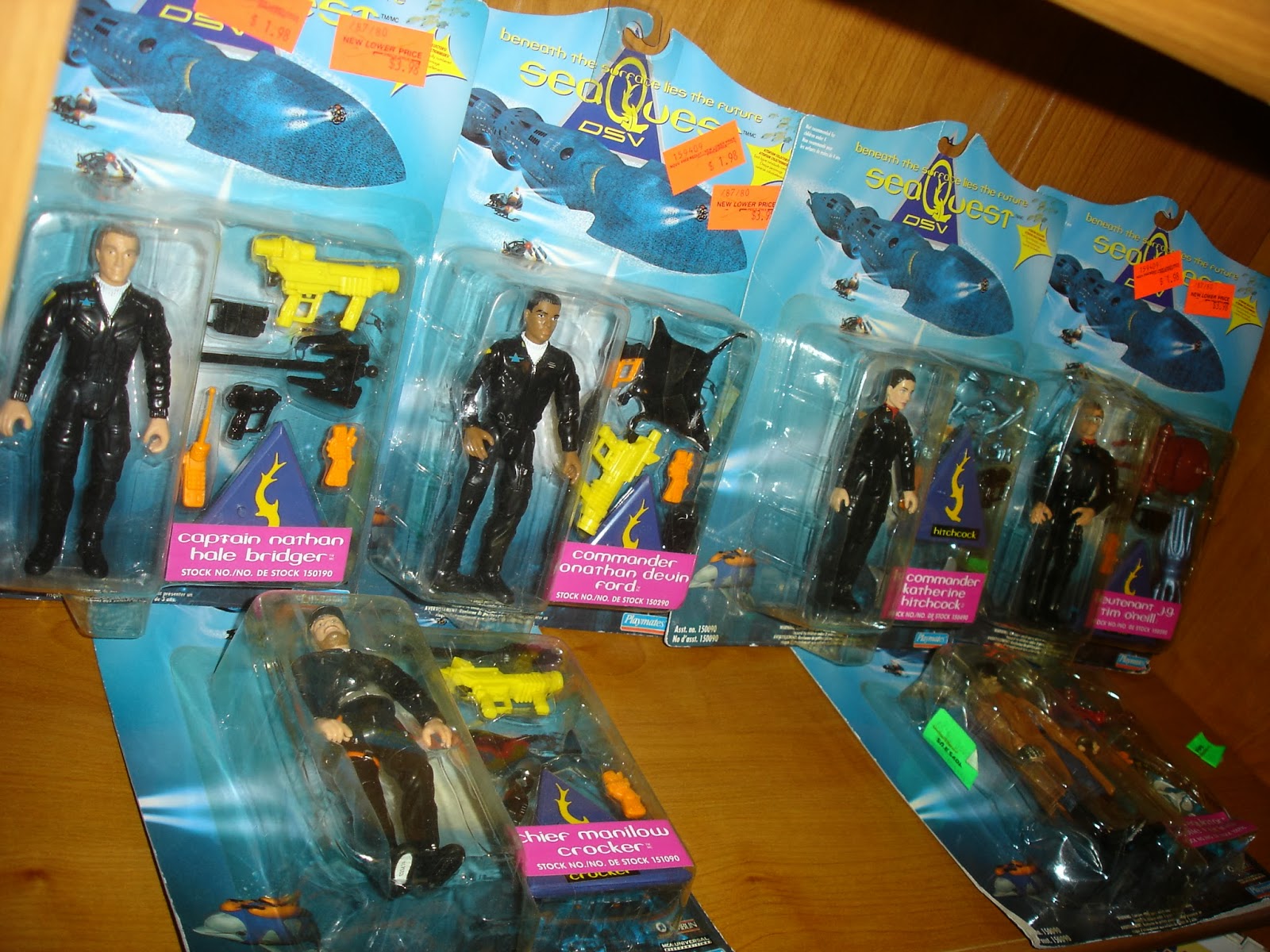 Front of the Canadian Captain Nathan Hale Bridger action figure.  As with all the Canadian releases, the card is a generic card and does not focus on the specific character.  Instead the name is included on the pink sticker.  As the Canadian release had a significantly smaller run to match the population of Canada, it was not cost effective to design and produce multiple character cards.  Much of the text on Canadian Bridger's card is in English and French, to match Canada's bilingual nature.  The action figure itself and the accessories are the same as the US release.  During this era, Playmates individually numbered their action figures, and this Bridger's number is 049019.  This suggests the Canadian version was packaged towards the end of production run. 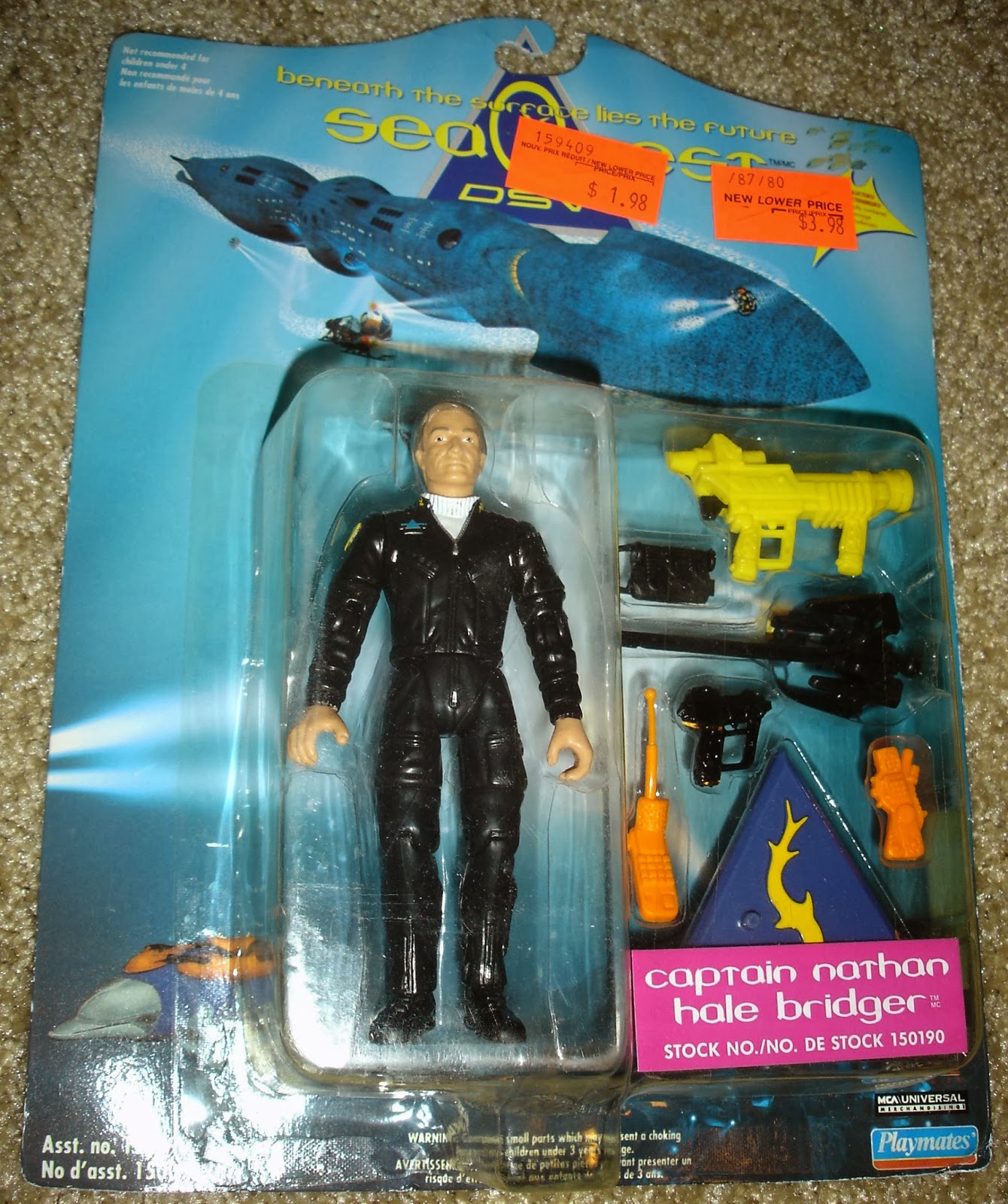 This is the back of the Canadian card.  Again, all the Canadian action figures have the exact same back, with the abbreviated biographies and generic description of accessories.  Also, the character biographies are limited to the seven released action figures.  The only thing that changes on the card is the barcode sticker, which identifies the specific figure. 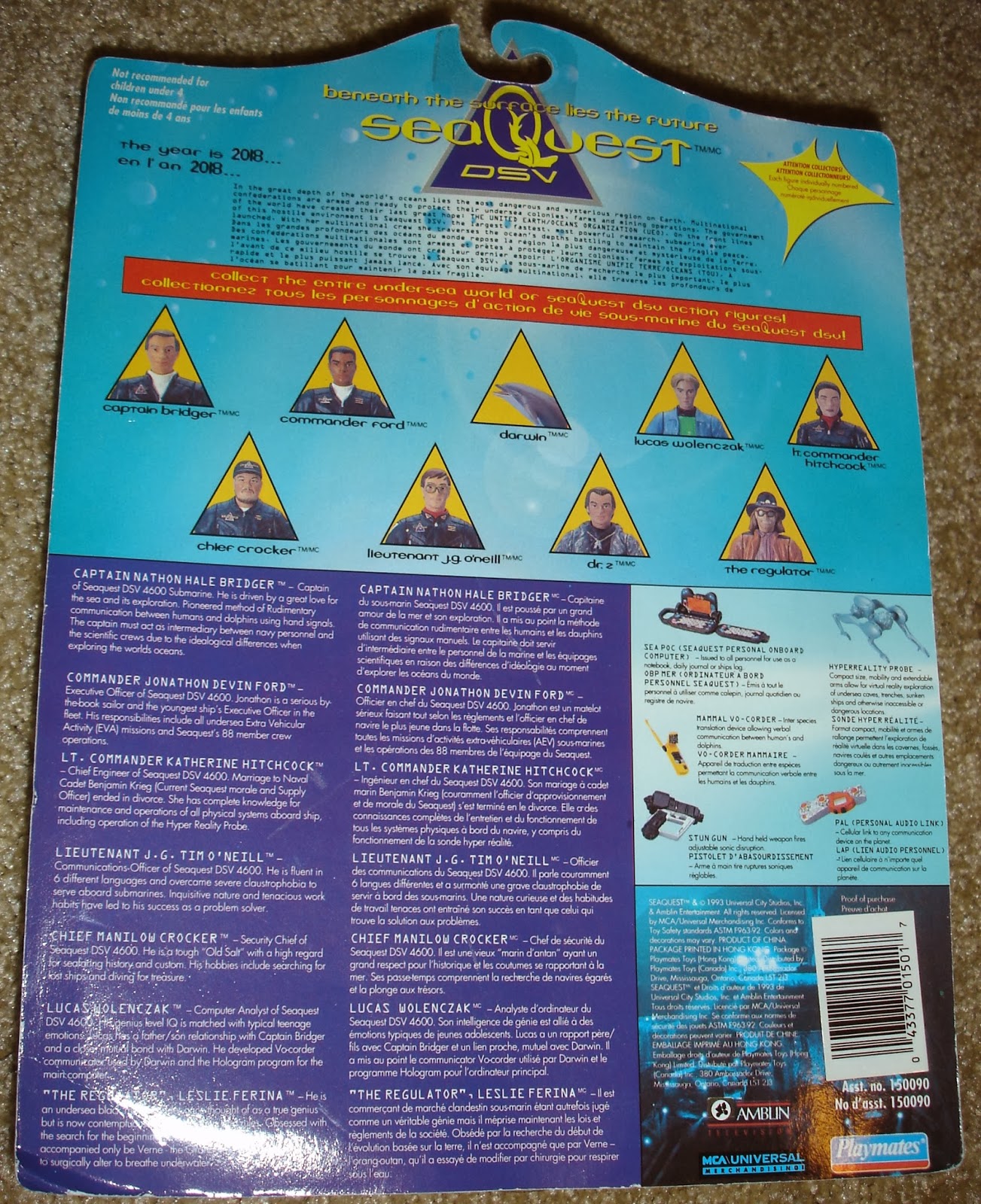 Next Time on the seaQuest MPS Blog: Canadian Commander Ford.